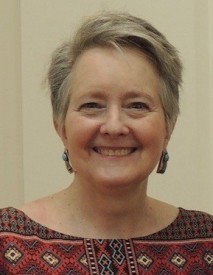 Your winning poem for Naugatuck River Review was “DNA Test to Identify Victim of 1944 Hartford Circus Fire”. It takes the idea of examining DNA to the level of searching for so much more than DNA; the sights, sounds and smells of the circus itself, and all the people there. The last three lines in the first stanza read, “What cleaves to me is burn. In its remains / I am refuse and refuge for all the risk / and hungers the Big Top could feed a girl.” Can you speak to this wonderful poem?

What fire led you to write it?

It actually began from a prompt to use one of the senses in a poem. Mulling it over, I decided on the sense of smell with the circus as subject, since I knew there would be lots of options there. From research, I began a list of animals, objects, circus acts to consider.

Then I came across a headline about DNA testing of a victim from the Hartford circus fire. Those articles brought home the details and the human toll of the tragedy. But while I had an event and a victim, I did not have a poem. It was only after leaving my desk that I came up with “Search me.” With that phrase, I had a way in and a repeating directive that helped shape the poem. It also gave me a way to transmit an experience outside knowledge and memory.

So I became a searcher too in the Big Top, describing the scene before and after the fire began as if spoken through the victim’s DNA. As I pulled in more description, I gained a clearer sense of her experience and what her life would never be. I did not, however, succeed in describing everything through the sense of smell. Once the poem began to take shape, I let the poem have its way. Through revision, I paid closer attention to sound, to line breaks and tension. The turn became spot-lit and the inferno a series of fire-fed jump-cuts. I had to rework the ending several times before I arrived at a description that matched burning bodies with the sweetness of cotton candy. At least, that was my intent.

Who are your greatest influences?

JoAnn Balingit, former Poet Laureate of Delaware, led the first state-sponsored writing workshop I attended ten years ago. She started me on the path to poetry. Since then, I have attended numerous workshops that have been helpful and depend on local poets to critique my work, especially Linda Blaskey, Gail Braune Comorat and Wendy Elizabeth Ingersoll, with whom I co-wrote Walking the Sunken Boards, whose poems were written or finalized at our bi-annual writing retreats on Maryland’s Eastern Shore.

Which poets do you admire?

What is your writing process?

Scattershot and disciplined. I try to write in the morning, but if that’s not available, I will skip a day. I am most disciplined during revision. For me, it is both a demanding and exhilarating process that can lead a poem in new directions and surprise me.  When I feel a poem is ready, I’ll bring it to a critique group. When I first began writing, I assumed everyone knew better than I how a poem should be. Now (though I still believe it) I also am beginning to see the difference between knowledge-based critiques and those that reflect a reviewer’s personal preference. Sometimes my personal preference trumps their own, sometimes not. But if I find a poem isn’t taking shape no matter what I do to it, I will put it in my “Partial Dentures” file, perhaps to die or be reborn into something later. I have resurrected several poems by giving them a couple year’s distance so I can see them more clearly.

Do you have an ideal writing environment?

I have a small room (once upon a time an ironing room, though I seldom ironed) that I converted into a writing space. Books and papers often take over, so I sit elsewhere around the house. Wherever it is though, it has to be quiet. I find noise and background music distracting.

Outside of home, though, my ideal writing environment would be Shipping Creek Farm, where I have spent four days twice a year for five years on retreat with writing friends. We each stake out our favorite writing spaces and meet for walks and snacks during the day. In the evening, we share food, read and critique our poems. It is bliss.

Has the situation with COVID-19 influenced your ability to write?

In the first month, I was not writing. But now that the household has settled into a quarantine routine, my brain has started to let words return. Like most, a few poems about this strange time.

What is some advice that you would give to aspiring poets?

Read widely, both current and past poets. Attend workshops to learn from more experienced writers. Take advantage of craft books. Study how poems are made to understand why they affect you, why they work. Experiment with forms and styles. For me, studying the emotions that sounds convey has been eye-opening. It helps me make more informed choices in editing for music and meaning. Western Wind by John Frederick Nims and David Mason, and To Read a Poem by Donald Hall are two of many useful texts.

Read your poems aloud to hear if their sound and flow match the emotional pitch you want. Read your poems at open mics to learn what flies or flops with an audience, for some poems work better on the page than in performance.

What is one of the biggest mistakes that a poet can make starting out?

Think that it is easy. Do it anyway.